What is Champion Mastery?

The mastery system is designed to recognize a player’s respective investment in a champion and uses skill-based progression to measure advancement. When a player wins a game, they’ll earn CP (champion points) toward mastery levels for that champion, and get rewards along the way. The amount of CP earned is heavily weighted by team performance.

Your summoner level must be at least 5 in order to unlock Champion Mastery.

All champions start at Mastery Level 1, 0 CP (Champion Points). As you play and accrue CP, you’ll achieve new ranks and unlock rewards associated with that rank. On your profile, you will see your:

We expect players to take 15-30 games to level through the first set of levels (1-5). We'll be unlocking additional levels later. You can only achieve a max of Mastery Level 4 with free week champions unless you own that champion.

Champion Points are earned for completing a game with a particular champion. Earning CP will allow you to gain Mastery Levels (up to level 5) in that champion and earn rewards as you progress. Points are based on your performance, your team's performance, the length of the game, win vs. loss, and a few other factors. You can see how much CP you earn at the end of each game. 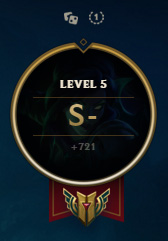 NOTE: Your previous games will NOT count towards your CP.

Keep in mind that you’ll earn slightly more CP if you team up with other players in a premade before your game. The larger your premade team is, the higher the additional bonus will be.

For example, if you team up with two other players (for a total of 3 players in your premade) and earn 25 CP at the end of your game, you will receive an additional 4% of your 25 CP -- 1 CP. This will give you a total of 26 CP earned.

At the end of your game, you can hover over your Champion Mastery points bar to see the grade our new system gives you. These grades are awarded based on your overall performance in the role, the champion you're playing and, crucially, where you're playing them. For example, we look at an Annie going mid differently from an Annie going support. We take a series of performance metrics and compare how you did to all other players in your region in that specific champion/position combination.

This is percentile-driven; earning a high score means you performed in the top x% of players in that champion/position combination.

The possible grades you can achieve are:

Earning an S- or above on champions with level 5 mastery will net you Mastery tokens. Combine these Mastery tokens with Hextech loot in your Hextech Inventory to reach Mastery levels 6 & 7! Here are the details for each rank:

Mastery tokens, champion shards, and champion permanents used in unlocking Mastery must all be champion-specific, so if you want to hit Mastery Level 6 with Quinn, you'll need to earn Mastery 6 tokens by hitting S rank with her.

You can only earn Mastery 6 and 7 tokens in Summoner's Rift normal and ranked games.

At each rank, there is also a role-specific title you'll be able to see on your profile. Titles are based on a champion's primary role, not the lane they're played in.

Depending on the rank, the player will receive different rewards for their mastered champion:

This is a way to display your achievement with a champion in game. Just like existing emotes (laugh, dance, etc), it is bound to a key. The binding will be listed next to emotes in the key binding menu: You can also use a slash-command to use the emote. Hit enter to bring up the command prompt then type “/masterybadge.”

If you have unlocked this reward, you will see a banner next to your champion’s splash during the loading screen. This will display of your mastery rank will only be visible to players on your team. 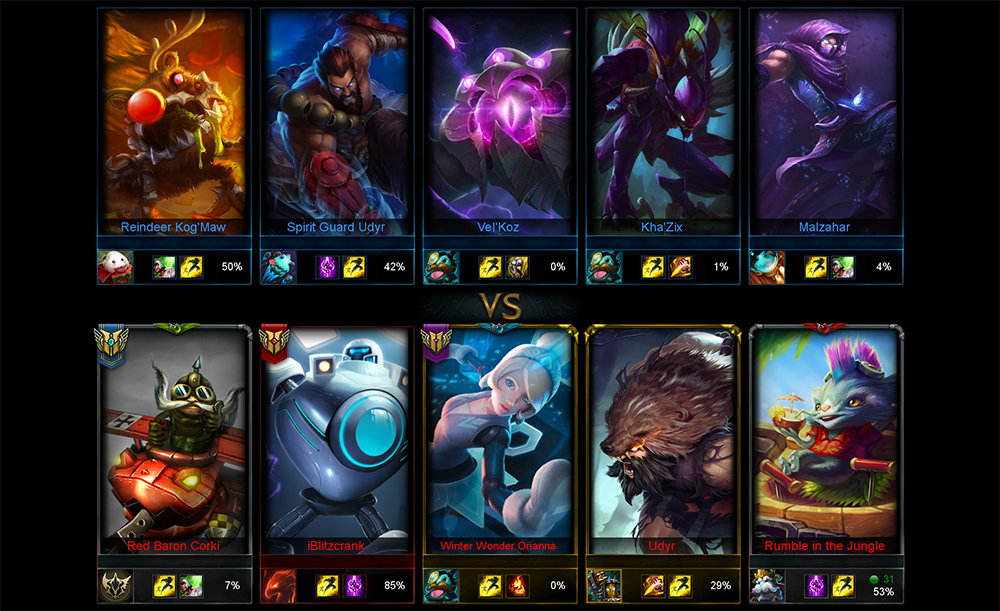 A banner will appear under the multikill announcement in game if:

What goes into the grading system? How do you calculate it?

It’s based on the champion and role that you just played in a game. So, for example, we look at Annie mid differently to Annie support. We take a series of performance metrics and compare how you do to all other players in your region in your champion / position combination. It is percentile driven - so earning a high score means you performed in the top x% of players on that champ in that position. The grade itself governs the point gains.

Is this going to feel grind-y?

This system is performance based - the quicker you master a new champion, the quicker you’ll make progress.
At the same time, we want it to be accessible enough that all players can feel good about improving.
We’re tuning this system so that you will be leveling up the set of champions that you really enjoy playing and getting meaningful feedback on your performance each game. The ceilings are intentionally set low for each individual champion to avoid making it feel like a grind.

Can you be demoted?

No demotions or decay is currently planned.

Can confirm, AFKing will result in a bad score.

Can other players view my particular champion mastery levels?

Players will be able to view your Profile Landing page which will host your top three Champions and their Mastery as well as eight other champions you are working towards. Loading Screen Emblem and in Game Emote will only show if Level 4 or 5. In game emote is up to your discretion to show or not. You can also sort your champions page by mastery levels: Can I still get a grade on my game even I've maxed out my champion mastery?

Yes! You will always see the grade when you play on a champion mastery enabled game mode (normal SR), even when you are maxed.

Can I level up champions that I do not own but are available on the free champion rotation?

You can level free to play champions up to level 4, after that they will stop accruing points until they are unlocked.

Was this article helpful? 1 out of 1 found this helpful